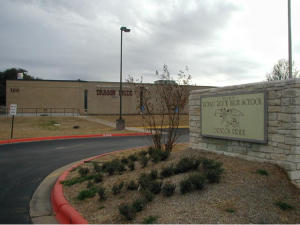 Hundreds of parents, students and school employees packed the Round Rock High School cafeteria Feb. 15 to share ways to address the district’s anticipated budget shortfall for the 2011-12 school year, estimated as high as $73 million.

The event was the first in a series of public forums planned for RRISD to gather community input on the budget cutting process.

Cuts will be made across all departments and areas of the district, but efforts will be made to protect the classroom, Superintendent JesÃºsÂ ChÃ¡vez said.

“At the end of the day, I hope to pass a budget that will take less from the classroom and more from other areas,” ChÃ¡vez said.

ChÃ¡vezÂ said RRISD will prepare a budget cutting about $60 million of its $345 million budget. The district plans to use $20 million of its rainy day fund each year for the next two years to lessen the impact of the budget cuts.

The current list of recommendations are a collection of suggestions by RRISD staff, parents and community members on how to trim costs, such as reducing kindergarten to a half day and increasing class sizes.

“I’m concerned that they’ll get rid of PE teachers, and it will just be a bunch of aides in there,” said Wagner, who currently teaches 325 children with the help of one other teacher and several aides.

Susan LobsenzÂ and Angela Banker, both parents of students in Round Rock ISD, said they were most concerned about cuts made to fine arts programs and increasing class sizes.

“I’m afraid that by eliminating teacher jobs and increasing class sizes, it would reduce the quality of education every child receives,” Banker said.

Traci Reece, a mother of three children at Spicewood Elementary School, said while she was appreciative of the opportunity to offer input, she wondered if her comments would make a difference.

“It seems like they’ve made up their minds,” Reece said. “I’m curious to see if they give credence to our suggestions.”

View a list of suggested cuts for RRISD here.

Learn more about the budget cutting process in PISD here.